With QR codes becoming more common and more relevant in our everyday life, it is likely that you are bound to scan one along the way whether you like it or not.

It is always best to come prepared when the time finally comes. So, know as early as now if your phone can scan QR codes. If not, what are the things you need to do and what you should keep in mind?

What are QR Codes and how do it works?

You have seen them for sure. They are those pixelated black and white images on product packaging, posters, and apps.

They are becoming the trend and standard for contactless transactions for their ease of use and versatility. So, it is likely that one of your daily routines or services is bound to adopt them sooner or later.

Right now, a lot of things have been integrated with QR codes: payments, both online and in-store, ID systems, and wireless connections.

Even your frequently used favorite app, Facebook Messenger, was once able to create and scan a QR code for a faster way to follow people and pages.

Can Your Phone Scan A QR Code?

As long as you are using either an Android or iOS device with a functioning camera, it is likely that your phone can scan a QR code.

It is just a matter of how and whether or not it is a feature that comes right out of the box.

If what you have is an iPhone, there isn’t any problem as long as it is running iOS 11 or any later version. The built-in camera app comes equipped with the ability to scan and read QR codes right out of the box.

Simply point it on any QR code and a yellow box will form around the image, signifying that it recognizes it. A small notification will then appear stating what it does.

In the Event, It Doesn’t…

Running a later version of iOS 11 but things didn’t work the way we told you how it should? Don’t worry, there is nothing wrong with your phone, you just have to turn on the QR code scanning feature.

Even if the iPhone's camera app already comes equipped with a QR code scanner, Apple, as extra as they are, giving users an alternative.

There is a much better, more specialized way to scan QR codes using your iPhone, and here is how you can do it.

Now, you will be able to find a QR code scanner in your control center.

What Makes It Different?

This QR code reader is a little bit different from the experience that came with the built-in camera app. It is specifically intended to look for QR codes instead of functioning as a camera first.

This means, that it finds QR codes faster and has a much more fun and interactive way of redirecting you to its destination.

It automatically brings you to the website URL instead of being given the choice of whether or not you would want to go there.

A flashlight button is also readily available if you want to make the QR code more visible and easier for the camera to identify.

The situation with Android phones is a little bit more complicated due to the fact that there are a wide array of Android devices and each manufacturer makes their own revision to the firmware.

Nevertheless, if you are running an Android version of 9 or anything later, it is likely that you don’t have to install a third-party app to scan QR codes.

If you are not sure how to check if your phone has a QR code scanning feature and want to check, these are the things that you can do.

While having a built-in QR code scanning feature is convenient, not having one doesn’t necessarily mean the end of the road.

Whether you are using an iOS or Android device, you can always download third-party software to be able to scan QR codes.

With the market already being saturated with QR code generators, the same goes for scanners. There are a lot of downloadable apps, both in the android and iOS app market.

It can be overwhelming if you don’t know what you are looking for but we have narrowed down the list with the number one spot being the best.

We've listed here the some of the qualities you should consider when looking for one.

It is common for free apps to find ways to find other means to create revenue and in most cases, they opt for ads.

Once may seem fine, but if one pops up every now and then without the option of skipping or closing, then it will hinder you from getting the job done as soon as possible.

Don’t pay for something you are not sure of. While advanced features will usually cost you, the basic services shouldn’t take a single penny.

Free basic features serve as your trial, giving the feel and experience of the app, allowing you to make an informed decision on whether or not it is worth the money it demands.

The majority of QR code scanning apps are made by starting developers with either little to no budget and team.

This means, that the overall experience is not going to be completely ironed out, resulting in bugs, errors, and ultimately failing more often than actually working.

Despite only having to scan QR codes, scanners should be consistently updated and developed by a fully functional team.

With QR codes constantly changing, old scanners may not be able to read ones that have stirred away from the conventional black and white look.

Also, new QR codes are finding new applications and these may not totally work with old scanners.

As a user, the only thing you are going to do is scan a QR code. As a basic task, it should be easily accomplished.

There shouldn’t be too many buttons, toggles, and options. You shouldn't have to go through an instructional video just to be able to scan a QR code.

The more features a scanner has, the more convenient the overall user experience becomes. If it has its own browser, it doesn’t have to open a different app.

It can have built-in flash controls for better QR code visibility. And if you are someone who also needs to make QR codes, a generator that is also a scanner puts everything in one place.

You are not likely going to find it hard how to use QR Code Tiger with its intuitive layout despite the multitude of features it has. Nevertheless, here is a step-by-step guide on how to use the app to show you how easy it is.

If you think that because your phone has an integrated QR code scanner, there is no need to use third-party apps, but you might be mistaken.

When you are taking QR codes seriously especially if they play a huge role in your everyday life, there is a lot to benefit from using apps that specialize in scanning, identifying, and implementing QR codes.

The camera of your phone functions to take photos first. What this means is that it prioritizes balancing colors, dynamic range, and so much more to enhance photo quality and deliver the best output. This affects how fast it can detect a QR code which significantly impacts the overall experience.

When your app is specialized to only identify QR codes and put everything second, even if the image is not in the best condition, it will still be recognized. You don’t have to specifically follow an orientation, size, or distance.

Continuous Improvements and Updated with the Times

Now, QR codes are used for a multitude of applications such as connecting to the WIFI, giving a virtual business card, and so much more.

As the technology continues to improve overtime, it is likely going to find new uses. And if your scanner is not updated with what’s new, it may not completely function with all the available QR codes.

Dedicated QR code scanners are continuously updated for the purpose of functioning as they are intended. So, it is unlikely for you to find a QR code that is not going to work with your scanner.

As QR codes are becoming a standard part of life, it is hard to veer away from them.

You will have to scan one sooner or later, but that shouldn’t be a problem.

You now know what your phone is capable of and what to do to fill in the gaps in its performance.

For more questions and assistance about QR code generators with logo and how to generate QR codes, you can also directly contact us today on our website!

Related: How to set-up QR Code Tracking: A step-by-step guide!

To scan a QR code using Android 7, open the camera app of your phone and point it towards the QR code. Then, click the link that pops up to open the content of a QR code. 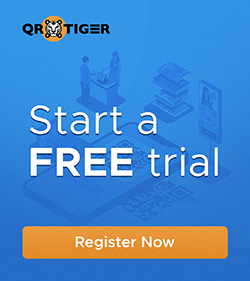 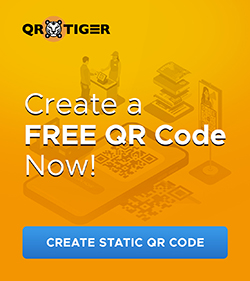 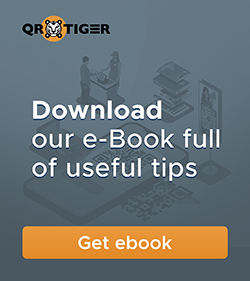 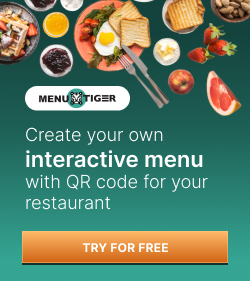